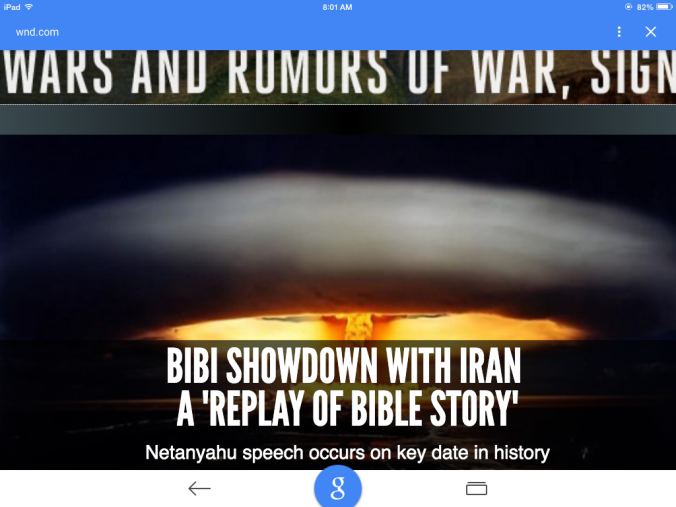 WND Picture
Some 2500 years ago in the palace of Shushan in the kingdom of Persia or modern day Iran, a drama unfolded that threatened the existence of Israel. A plot was devised by a powerful man in the empire of Ahasueras,
Named Haman.
A young Jewish girl named Esther who was elevated to Queen due to a series of bizarre behavioral events by the king could not have come into that kingdom at a more opportune time. She even risked her life to expose Haman’s wicked plot to kill all of her people including herself.
Today another regime is seeking the means to destroy the Jewish people; nuclear capabilities.
According to Benjamin Netanyahu the Prime Minister of Israel, Hassan Nasrallah the head of Iranian proxy Hezbollah a terrorist organization declared, ” It would be better for Jews all over the world to come to Israel so we do not have to take time to hunt them down all over the world in order to kill them.” ( paraphrased)
May the outcome for Queen Esther and the Jewish people be the same today as it was 2500 years ago today with the present threat neutralized.
If you would like updated information along with biblical references, please sign up to follow my blog.

I had the privilege of meeting and having the speaker of the Knesset in Israel (at the time) receive a copy of my book and read it! He spoke personally yet briefly in confidence to me concerning the standing of America in the light of world events. David Rotem told me we need in America to get a new world view in the light of new threats posed by certain nations and he also emphatically relayed to me that the Cold War is over!

After the coldest winter in US history amidst unprecedented middle-east shuttle diplomacy, the talks are resuming. Let’s pray for the best and embrace our nations for the worst!